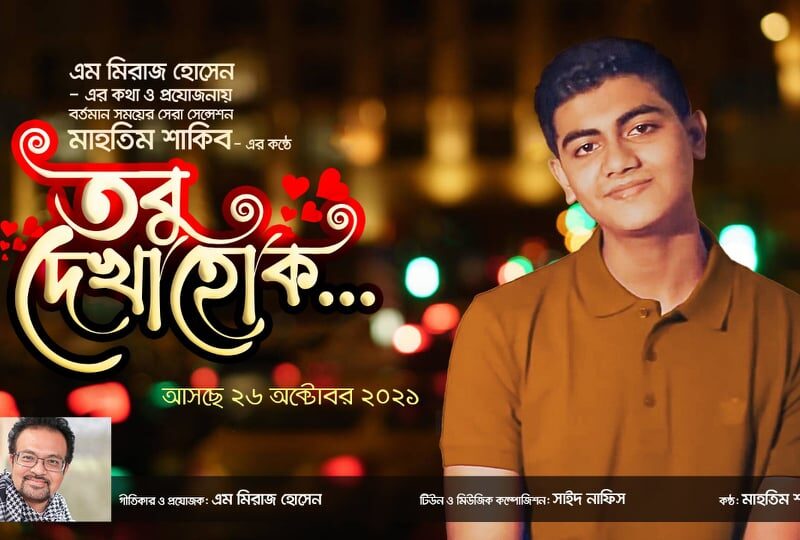 New single "Tobu Dekha Hok," written by M Miraz Hossain and voiced by young sensation Mahtim Shakib, is going to be released. Renowned music composer Sayed Nafis tuned and composed the music for this romantic song. The music video, directed by Alamgir Rumma,n is going to be released on October 27. Director Alamgir Rumman said that the audio recording of the song has already been completed. Zahir Alvi and many others have made appearances in the music video. M Miraz Hossain, the writer and producer of the song, is hopeful that the song will gain popularity among th

Keya Cosmetics Ltd, one of the most reputed domestic companies in the cosmetics and toiletries industry in Bangladesh, has moved up from its fragile position in the market for their new Director M Miraz Hossain.  Although it ran the business quite well from 2000-2009, the company began to lag behind other consumer goods manufacturers in terms of market share and popularity, reads a press release. Keya Cosmetics shares have upgraded from Z category to B category. It has around 400 distributors across the country at the moment which was only 250 in 2017. Until 2016, th

M Miraz Hossain’s travel book titled "Hayay Veshe Hajar Maile" was published on September 30, said a press release. The book was released under the banner of Nowroz Kitabistan Publications. The book contains ten chapters depicting the writer’s experience of visiting the USA. According to the author, the book deals with the philosophy and way of life of the Americans, the lifestyle of Bangladeshi expatriates in the USA and how American people’s perception of Bangladesh changed in the last two decades. "Hayay Veshe Hajar Maile" is available on several online books