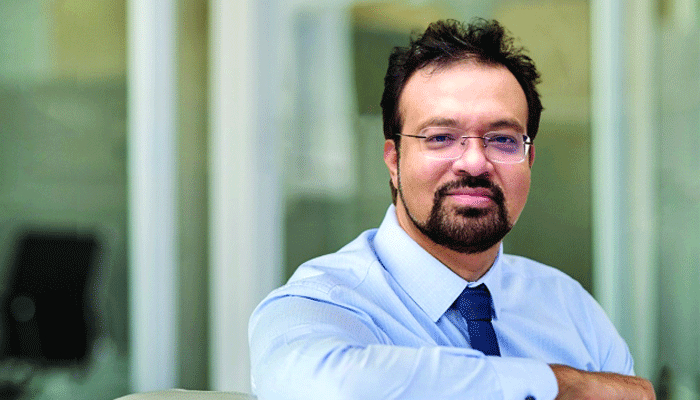 M Miraz Hossain is an amateur cultural figure of Bangladesh. Although he is a corporate person in his professional life, he has written many stories, novels, songs, and poems out of his passion for literature. This has surprised many people.

Hossain has covered many old timeless songs in his melodies during the past few years, and found popularity among middle-aged people in Bangladesh. To understand him more we need to flashback a little bit to his early life.

M Miraz Hossain was born in 1978 in Munshiganj, near the capital Dhaka in an average lower-class family, like many other people in Bangladesh. He holds a BBA from the University of Madras and an MBA from the City of London College in the United Kingdom. His education was so promising that it eventually helped his professional career.

M Miraz Hossain’s first solo album “Tobu Dakha houk” (Let’s see again) will be released on 26 July 2021. The album includes four melodies and love songs. All tracks are in local Bengali languages and will be distributed through all popular musical platforms including Spotify, Amazon Music, Apple Music, YouTube Music, and 19 other major music stores around the world.

Hossain started his professional life in 2004 as the Founder and Managing Director of MP Sweaters Limited. With a little bit of luck, he achieved success in a short period of time through his energy, foresight, and efficient leadership. In the year 2017, he became the Director of a well-known company: Keya Cosmetics Ltd.

“Although it’s very hard, when possible, in my spare time I love to write,” Hossain added. He has written several poems, songs, novels, and stories to date. “You will come closer” is one of his own written songs, which music video is under construction to be released in August.

“You come closer, keep an eye out,
Only my heart will be in the cage.”

In this song, a desperate description of the defense for the people in the love of a thirsty young woman has come to light.

M Miraz Hossain became a singer after singing covers of some of the timeless songs of Bangladesh. These include the late Happy Akand’s “Abaar Elo Je Sandhya,” the late Andrew Kishore’s “Haire Manish Rangin Fanush,” “Bhalobashe Gelam Shudhu,” Late Jagjit Singh’s “Bedona Modhur Hoia Jay,” and Amit Kumar’s “Ami Eka Boro Eka.” These songs have been released from other channels including Keya Official YouTube channel, which is acclaimed by many music lovers. Some critics said that he needs to concentrate more on original songs rather than singing cover songs.